I was in the process of building another shelving unit for my wife’s new booth in Milford, Ohio. She originally asked me to build it four feet long. However, once I started to attach the shelves to the unit, she wasn’t too thrilled with the overall dimensions. I asked if she wanted it cut down to 36″ long instead of 48″, but she was afraid that it would be too much work. I assured her that I could cut it down without much problem. 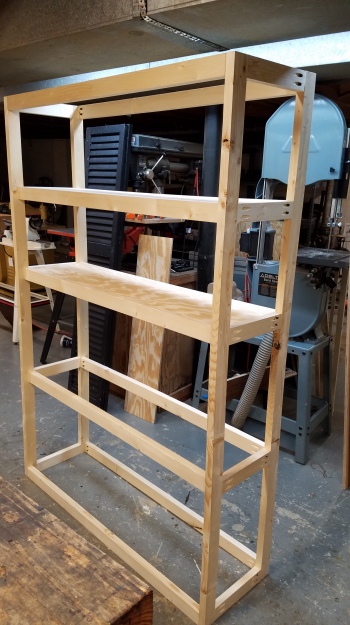 I slapped the unit on top of my workbench and carefully measured where the rails were to be cut. I then grabbed my Festool plunge saw and rail system, clamped it to the lines and ran down the rail cutting as deep the blade would go.

I then flipped the unit off the bench and cut the two attached shelves in half. 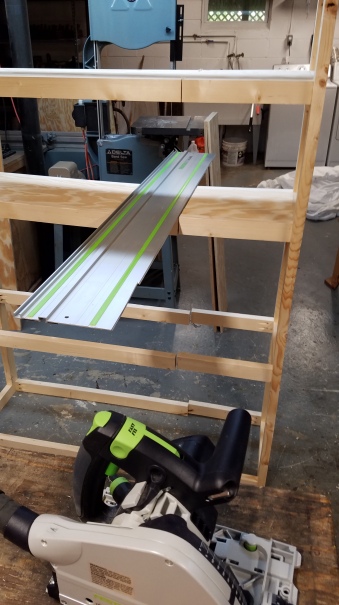 After one side was free, I unscrewed the pocket holes and broke away the rails with a hammer. I then cleaned the side up with a random orbital sander.

I then flipped the other side of the unit back onto the bench and re-drilled the pocket holes to the shortened rails. For the two shelves that already had plywood nailed in place, I had to bust out the plywood with a hammer.

After about twenty minutes, the shelving unit came back together a foot shorter. I cut the remaining plywood to the new measurements and installed them using cleats on the inside of the rails. 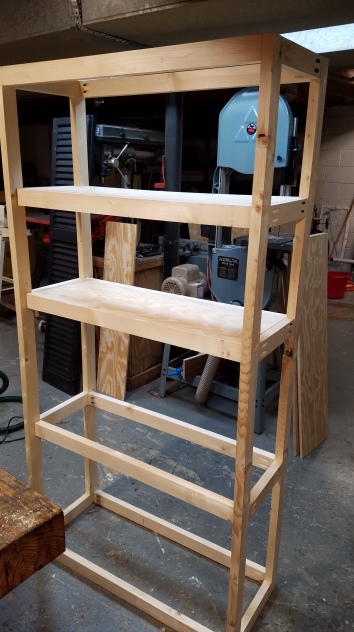 Now it was time for the antique shutters to be screwed onto the sides.

After a coat of black paint, the shelving unit looks really nice in her new booth. 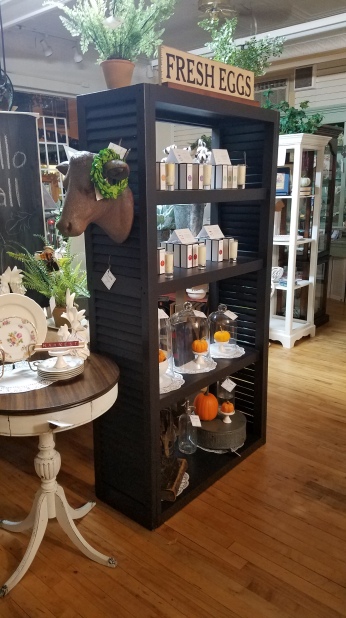