Last year my wife and I bought an old dresser at an antique show in Columbus, Ohio. We had a spot in our dining room we wanted to make into a bar area and the dresser was small enough that it would fit nicely in that spot. 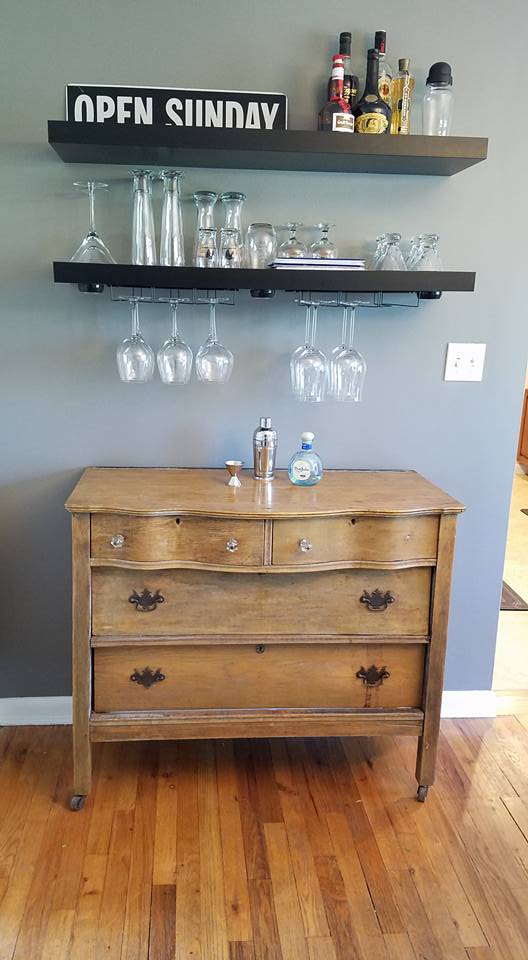 I had to remove the drawers to make room for the wine bottle storage I was going to build so, I cut off the rail and drawer runners that were between the two drawers. 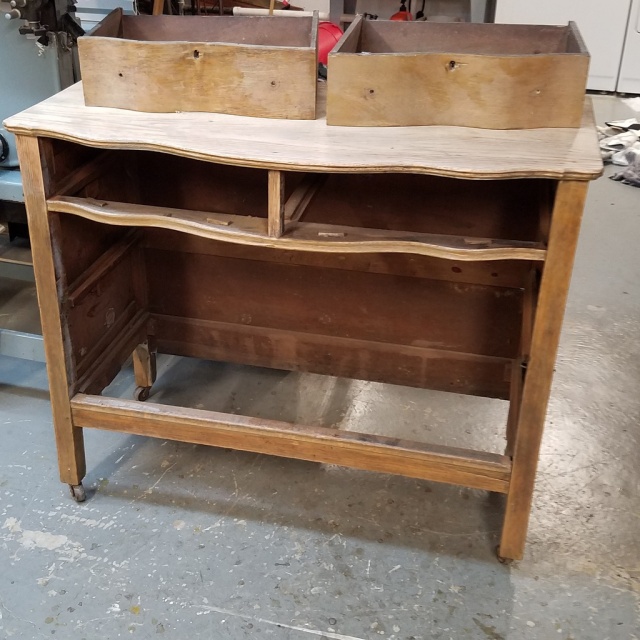 The dresser was old and someone in the past tried to repair the case by driving nails through the side of the case into the end grain of the tenon. I took the tenon out and drove the nails back out through the side. 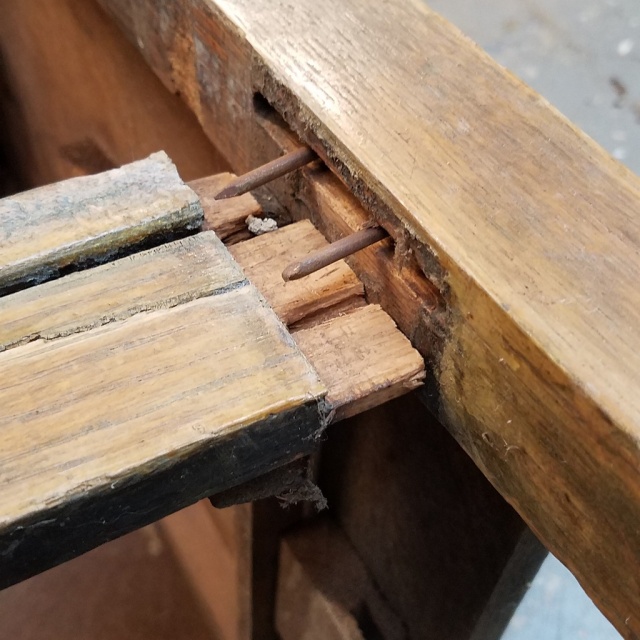 After the nails were gone, I glued the case back together to make everything sturdy and square. 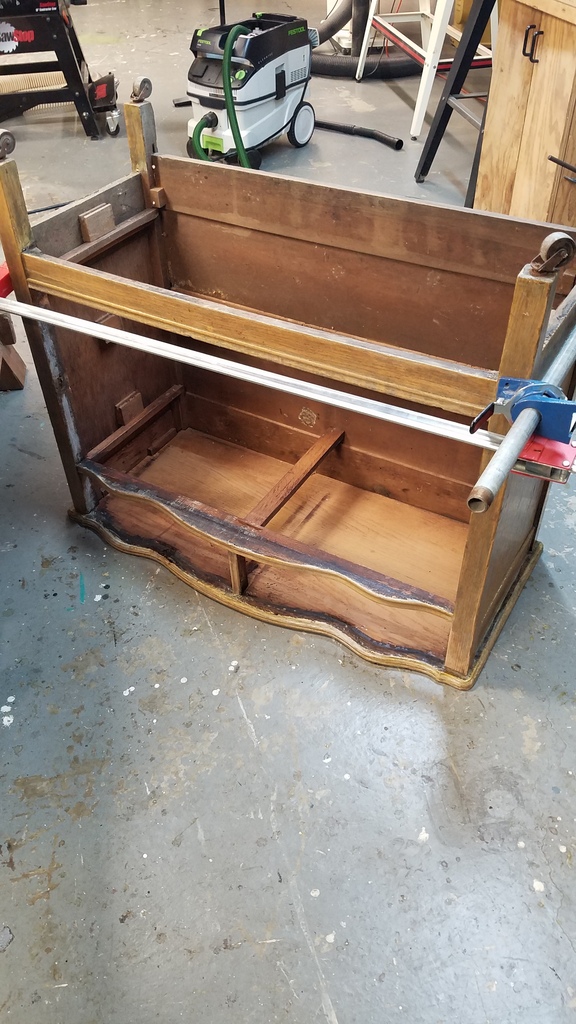 The cabinet was going to be painted so, I bought some birch plywood and cut up pieces to make a box that would slide inside the case. I also trimmed the edges of the plywood with oak to match the rest of the case. 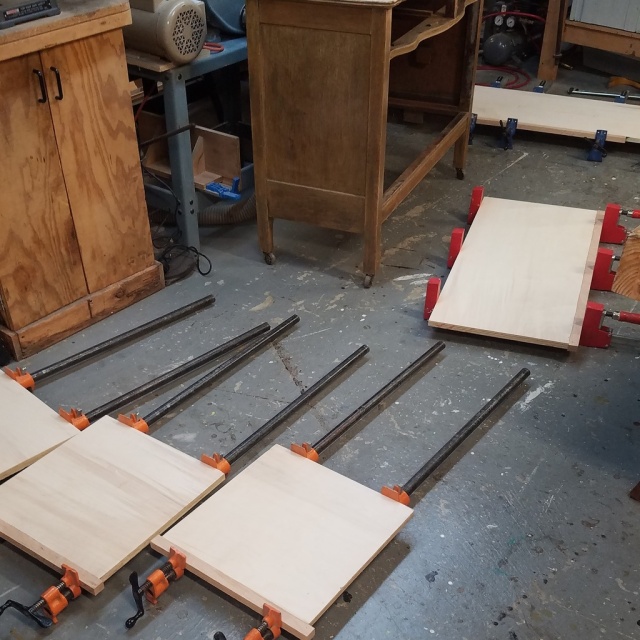 The old dresser had a bit of detail to the rails that I wanted to match on the box I was building. 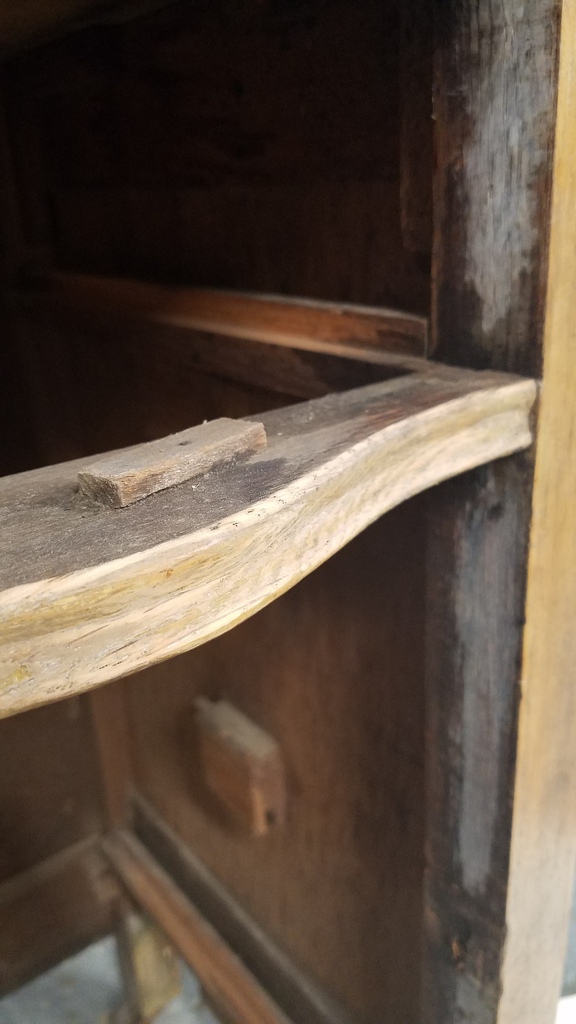 I took my No 8 hollow molding plane and planed a shallow recess down the middle and rounded over the sides with my block plane. 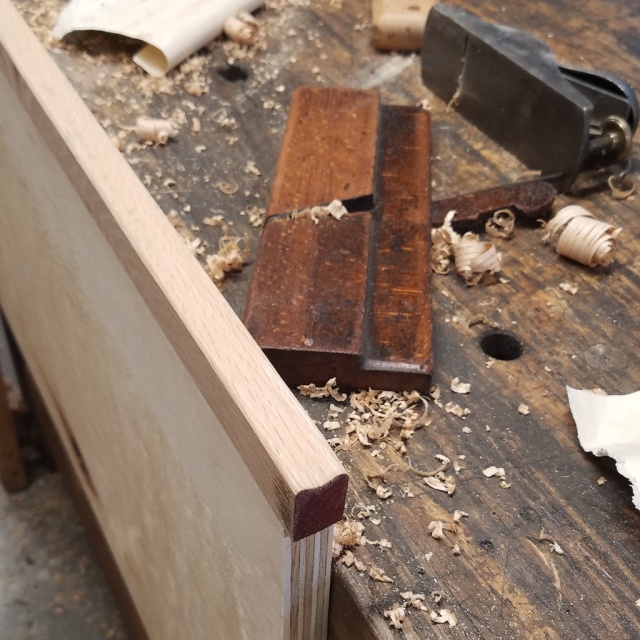 I had to carefully build the box to fit inside the case. It needed to be loose to slide in, but not too big that it wouldn’t fit. I made the box an 1/8″ smaller than the length and height of the opening of the case so that it would fit. I used simple rabbet joinery to join the sides together and a dado down the middle for the divider. 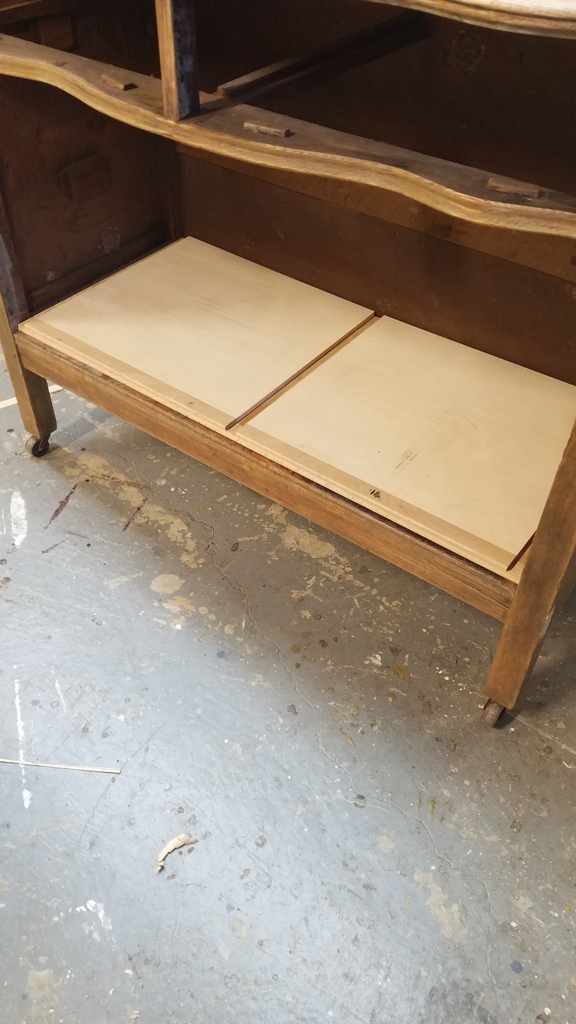 The moment of truth. After building the box I prayed that it would slide in the case. Thankfully it did. 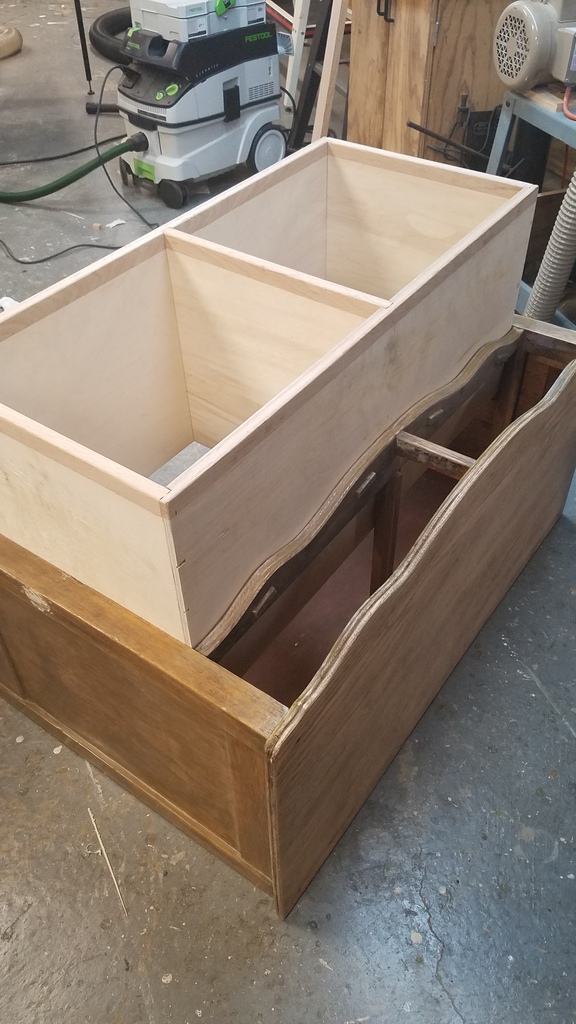 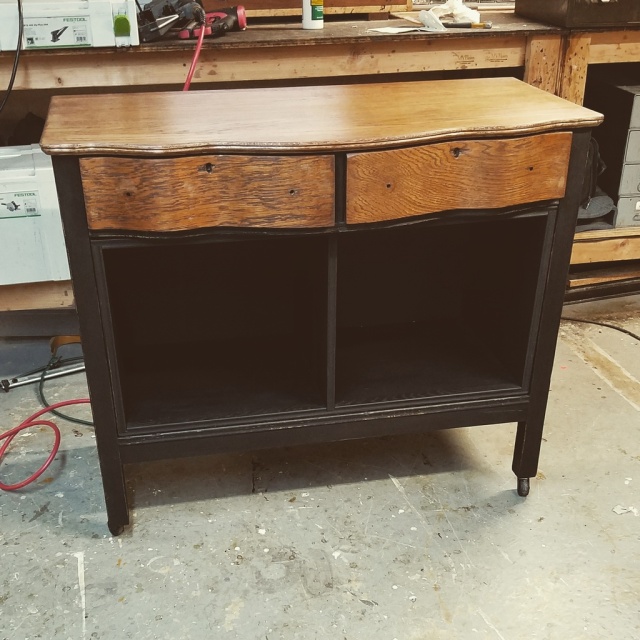 I wanted the left side to hold wine bottles so, I built diagonal grid out of solid oak and used dadoes for joinery so that the other side of the grid would slide through. This too had to be fitted carefully so that it wasn’t too tight to slide in. After everything fitted well, I took it out, stained and applied Waterlox varnish to the grid. 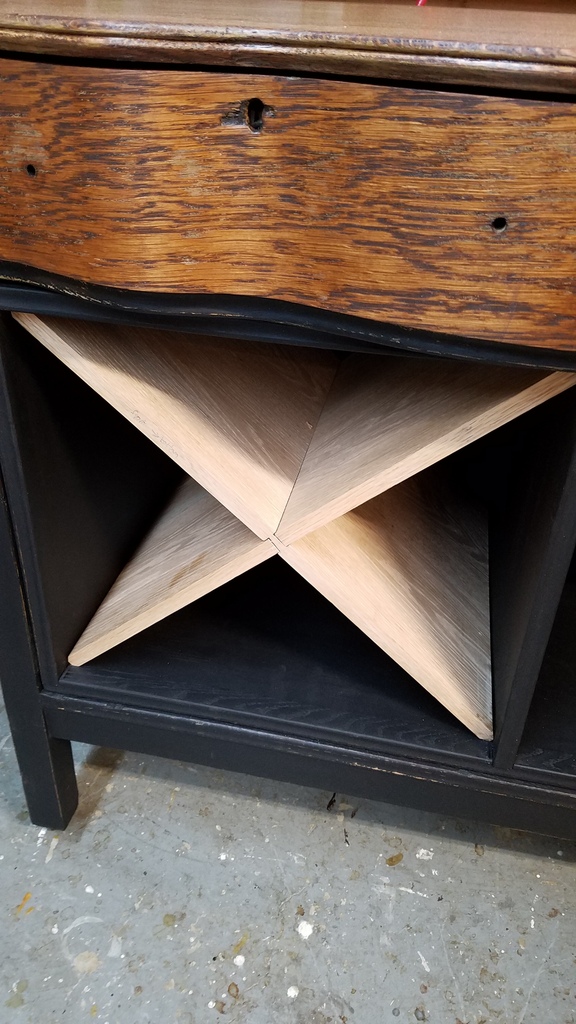 Here’s the final cabinet sitting in the same spot. We removed one shelf as we felt the wine glasses hung a little too low. The cabinet came out well and was dirt cheap to build. 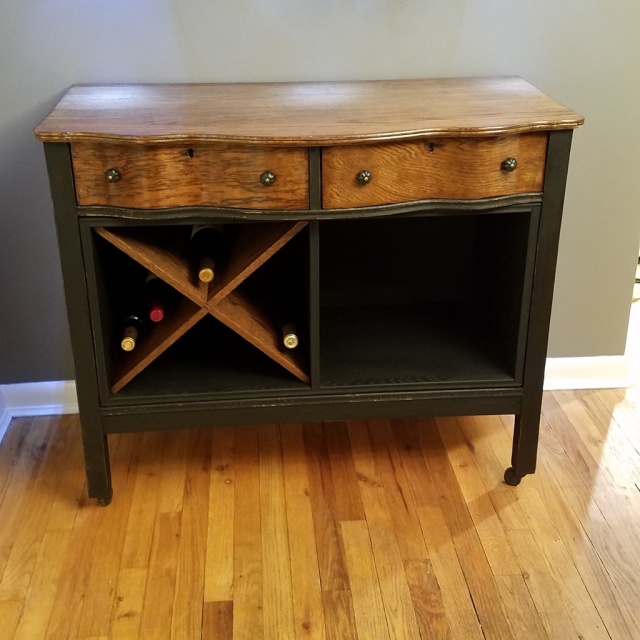 This morning's picks. Some pretty good tools in this lot.